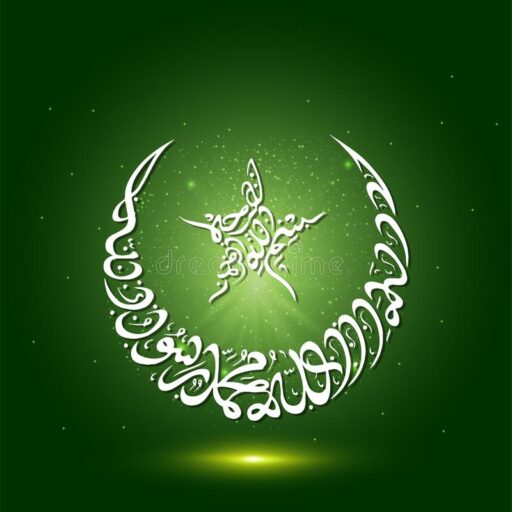 Bism Allah Al Rahman Al Raheem (In the name of God, the Most Gracious, the Most Merciful)

Asalamu Alykum (Peace be upon you) brothers and sisters, insha’Allah (God willing) this course is enlightening to you

Imagine being “Behind Kafir Lines”. Yes, Behind kafir lines is a pun, poking fun on the term “Behind Enemy Lines”, but this course is about Empathy, not Enemies

Take For Granted being Free from Surveillance Cameras watching every move to see if you look or act Muslim to Punish you.

Take For Granted being Free from imprisonment for teaching Islam, unlike the Imams in China, Israel, Serbia, & more

This is not to hate the kafirs my brothers and sisters, as Albert Einstein said, Everyone is Ignorant, just some in different ways, a kafir is Born a Muslim and also in a remote environment and raised far from Muslims and taught by kafir parents who were taught by their parents to love Santa and hate Muslims, not knowing why for either…

As a Muslim who grew up behind kafir lines, I implore Muslims worldwide to have empathy for us by helping bridge the understanding with kafirs that all humans are from the same God.

Prophet Muhammad (saw) Started the behind kafir Lines movement, the kafirs against our Prophet (saw) were even worse, swinging swords on site for being named Muhammad (saw)

Please Have Empathy for Muslims and infidels world wide.

Loving All Muslims in All Countries Equally – Learning from the Global Best Professors to Teach the Best Global Education – A 2 Way Information Highway for the People, by the People

Do We Need Global Muslim Education?

Let’s Face the Facts – Muslims are in the Red – Literally:

What’s the Difference between 60+ Muslim Countries vs China or Israel or US?

China or Israel or US, all Maximize the Use of Group/Global Education:

Each of these countries Syphon Global Information and Feed that Information to their Respective Communities, thus the 1 country of Israel has more Vaccine Technology than Most of the 60+ Muslim Countries combined

What Happened to the Islamic Golden Age?

Our Muslim Community led the world in Education, inventions, GPD, and more for Centuries, what happened?

Our hypothesis is “Who Cares”… Who cares who was elected where or who got what border.. We are in a Global Golden Age Today where the Opportunities for Muslims to be as Advanced as the Smartest Scientists in the World is Possible from our Phones.

For Example, Blockchain Technology by “Community based Research and Development” has Raised the value of Ethereum (a digital asset ecosystem) to have a net worth of  more than most Muslim countries combined

By Networking with best minds as America did to research and develop the micro processor but today we can use it the same way as any developer, any of us can learn to develop anything anywhere and improve it!

Thomas Friedman, an award winning writer said in 2005 that the world is flat, meaning the internet has made every home a classroom and we can all learn equally worldwide.

We Can Raise the Muslim Community Up to Better Health, Better Jobs, Better Stability, One Family at a time.

We Can Be a Global Muslim Education Research and Development Center with Group Projects, Group Support, and Group Learning.  Share the Free Education Resources @ MuslimSchool.com

How to Grow Global Muslim Education

With the internet we have the fastest pens in the world, with Ai we can create Muslim Education in any language

There are Many Learning Marketplaces such as Udemy, Teachable, and more with millions of students looking to learn new languages and cultures and religions with Easy Course Creation tools Like @ MuslimSchool.com

Learning New Skills such as Media Production and Animation and 3D to give Better Muslim Courses and Learning Languages Such as Yiddish, Chinese, Russian, and more, these new skills can also increase your value to your job or business insha’Allah

Seeing Globally, you may have 1,000 local Muslim friends, ask them to have Empathy for the Millions of  Muslims needing teachers for their families and their non-Muslim community

Be the first to add a review.